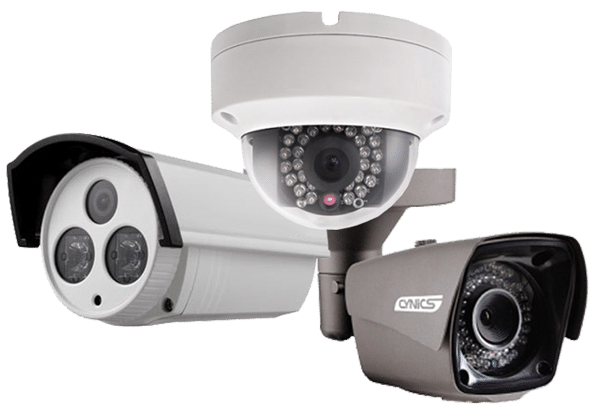 CCTV (Closed-circuit television) is a system in which a camera is used which signals are not publicly distributed but are monitored for surveillance and security purposes.   CCTV allows the system to use video cameras to monitor what is going on in or around a property.  This transmits the signal to either one monitor or a set of monitors.  The cameras communicate with monitors or video recorders and they gain a designated ‘close circuit’ to indicate that the content is limited to only those authorised to see it.

In the past, the older CCTV systems used small and very low resolution black and white monitors.  The more modern CCTV displays are now colour, high-resolution displays and you can even zoom in on an image and are clear enough to see a person’s features.

More and more people are using CCTV systems now at their home and their place of work.

Why CCTV is so important

They act as a deterrent for criminals.   This is probably the biggest and most obvious benefit of having CCTV.  Once they are installed people instantly feel a sense of security.  Homeowners will feel safer and more protected if there is CCTV security systems installed.  If the criminal sees the cameras they may decide that it is easier to move on elsewhere.  They may deter an intruder from your home.  Having a camera directly pointed at them and the thought of being captured red-handed is intimidating enough for criminals to move on.  It will prevent you from becoming an easy target.

Having a CCTV system and cameras installed in strategic places will help when you want to monitor actions.  Some cameras are not only capable of recording video but also audio as well.  They can help you make correct and fair decisions when settling any disputes, domestic or professional scenarios.  Some CCTV systems can even be viewed on smartphones or tablets.

Having CCTV in place can decrease your insurance policy costs.  Insurance companies see that you are at less risk of having any criminal damage so therefore will reduce the costs.

If your home is not properly secured and you are burgled, you may find that the insurance company will question your claim.  They have the right to refuse to pay out for any loss.

As well as being a criminal deterrent, CCTV can also be used for evidence towards insurance claims that you may not have had otherwise.  The more evidence you have to support your claim, the better.  This can prove beyond any doubt the circumstances surrounding your claim.

If your property is in a high crime rate area then having a CCTV system in place can help give an increased sense of reassurance and security.

Protecting your home or business may not be as complicated or expensive as you might think.  Organisations need to be proactive in protecting themselves.

If a CCTV system is installed correctly and used responsibly, you will realise and accept that there are so many benefits of having CCTV.

You can find out more about which cookies we are using or switch them off in settings.

This website uses cookies so that we can provide you with the best user experience possible. Cookie information is stored in your browser and performs functions such as recognising you when you return to our website and helping our team to understand which sections of the website you find most interesting and useful.

Strictly Necessary Cookie should be enabled at all times so that we can save your preferences for cookie settings.

If you disable this cookie, we will not be able to save your preferences. This means that every time you visit this website you will need to enable or disable cookies again.

This website uses Google Analytics to collect anonymous information such as the number of visitors to the site, and the most popular pages.

Please enable Strictly Necessary Cookies first so that we can save your preferences!